Are you one of the people who is counting the days till the end of dry January? Maybe you identify with Chris Evans who said this week…’I don’t care if I’m two stone lighter, I’m miserable, every day feels the same!’ 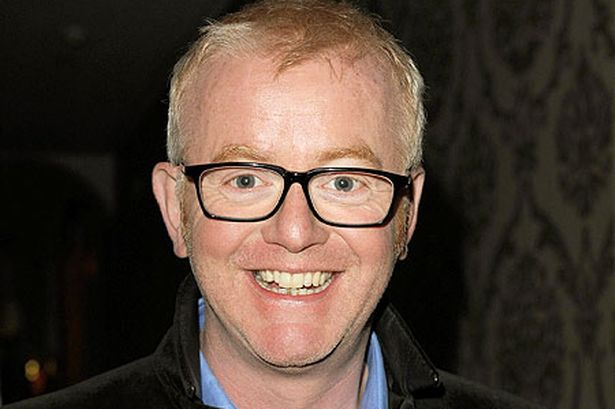 I work with Chris at Radio 2 and in fact worked with him years ago, when we were both at Virgin Radio as it was then (in fact he owned it for a while!). He was always a guy who could hold his beer and be discerning about a fine wine so it’s probably not surprising that he is finding dry January taxing.

So I wonder how Chris will ‘celebrate’ on Feb 1st and if you have also given up the booze for January what will February and the rest of the year look like for you from a drinking perspective?

Many people fall into a cycle of ‘binge-detox-binge’ which can be bad for us emotionally and physically. Dr Max Pemberton wrote in The Mail

“I disagree with the underlying premise of dry January – the idea that you can make up for drinking too much over Christmas. It seems that the first month of the year always sends people a bit weird. They tend to forget everything they’ve been told about basic biology and nutrition”

He believes a few weeks of abstaining doesn’t make up for over-indulging the rest of the year. His recommendation is to do a detox only if it will have some meaningful impact on your health, most of us are aware of the damage too much alcohol can do, and there has been campaigns lately to encourage us to ‘love our liver’ but still we are far from being a temperate nation.

The reality is that none of us really know what to believe about alcohol, there are SO many different studies and reports. The Government recommendations of the amount of units we should drink across a week are really just a guess, we read reports that say alcohol in moderation is good for you, then a recent report from the Journal of American College of Cardiology says that drinking just one drink a day can be bad for your heart, they say one glass of wine or beer increased the risk of abnormal heart rhythm by eight per cent. 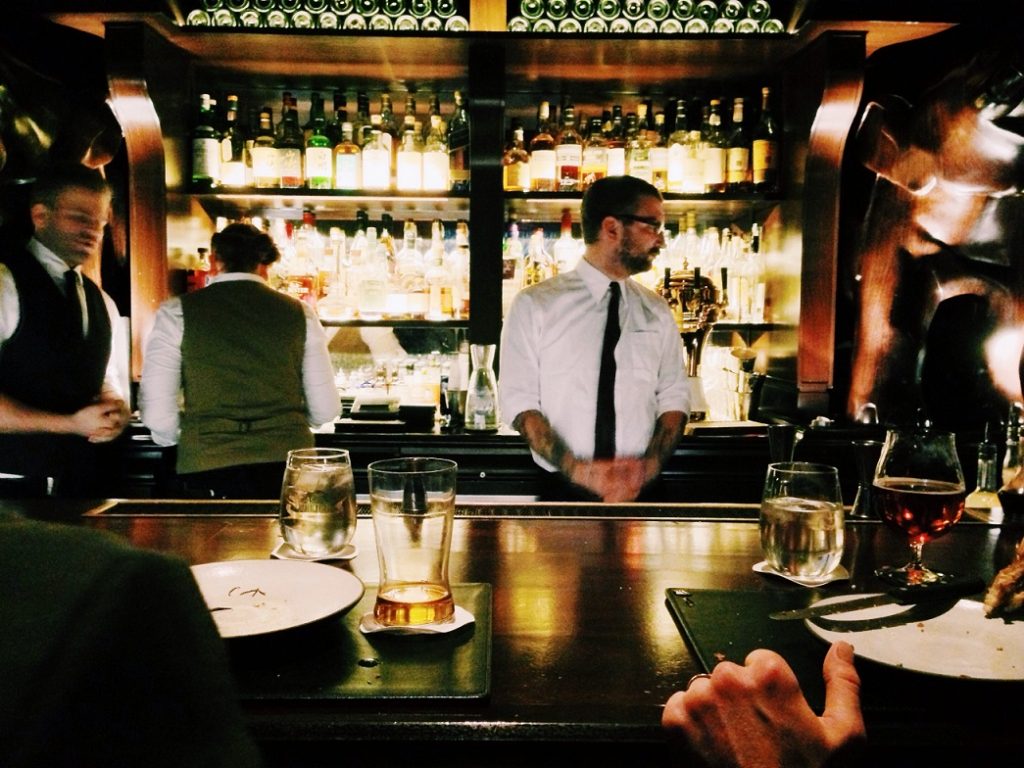 One thing is for certain, we live in a drinking society, it’s very social to drink, there are pubs on every corner, it’s part of our culture, and for those of us that do drink it’s not going to go away.  So how would it be if we could drink with confidence, drink if we choose to, but ‘manage’ the alcohol rather than the alcohol ‘managing’ us?  There is a big difference between an addict and someone who has got caught up in a habit, and for most people who drink too much it’s exactly that – a habit.

No human being was born with a taste for the hard stuff, we ‘learned’ to drink, and just as we learnt the habit we can ‘unlearn’ it or at least take control. We drink for many reasons – stress, boredom, anger, loneliness, fear, to communicate, to numb ourselves from sadness or grief, and when we established a habit of drinking, our unconscious mind which acts like a kind of reference library, ‘filed’ that action under …’that made me feel better quickly’.

Come February or any other month when you have woken up wishing you hadn’t tried to handle your drink like a fruit fly (apparently they have an astonishing alcohol threshold due to their genetic makeup), you will no doubt be saying to yourself…’I will have an alcohol free day, or I will drink only one glass of wine or have only one beer’, only to find yourself tapping away on the computer at 9pm astonished at where that bottle of wine went…. Thinking …’What happened to my resolve? ‘

Typically, you then enter into another spiral of waking during the night berating yourself for not having enough willpower and vowing to do better the next day and so it goes on….

How would you feel if I told you that nagging feeling you have that’s it’s all going to go pear shaped again once February comes around, can be changed forever? There’s no magic ‘I don’t like the taste of alcohol anymore’ pill of course, but there absolutely is the most amazing Hypnosis programme created by world renowned hypnotherapist and top selling author Georgia Foster. 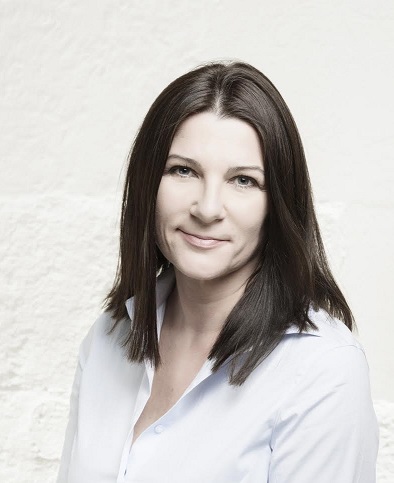 Georgia is also an international speaker and creator of life changing programmes, she uses hypnosis, the window of the ‘between awake and sleep states’, where your mind can absorb at a much faster state, the alpha and theta state to train the unconscious mind, she believes we all have an incredible mind, and whether you want to learn how to drink less alcohol, improve your self-esteem, calm your mind or find love, she believes she can help. She has created the ‘7 Days to Drink Less’ online programme and it’s really effective.  She won’t be trying to convince you to give up alcohol, in fact she says it doesn’t matter how much you are drinking… you can trust your phenomenal mind.

At her workshops, she encourages anyone who had a boozy night planned not to cancel, she believes you can make changes, and with hypnosis you can make these changes so much faster, you can shape your emotional relationship with yourself. Instead of allowing those inner voices – our inner critic to come in and convince us that we really do need our third or fourth drink because last time it obliterated the feeling of what was really going on….she recommends we listen to one of her recordings, a twenty five minute session which can be done anywhere, (but you must be stationary and preferably lying down), and over time (hopefully over seven days) you will have a different attitude, which is not linked to struggle or willpower but to the intuitive healthy confident part of you that recognises that doing irreparable damage to your liver, and embarrassing yourself because you are hungover is probably not the best form of ‘self-care’.

Georgia, who has featured in The Mail, The Times, and on Sky News believes we need to shut off our ‘inner critic’ so instead of the feeling of being ‘radio crazy’ with a constant inner dialogue of…’I must have another drink so I feel brave enough to…. I’d better load up on some Dutch courage before I make that phone call’…  You listen to positive thoughts and suggestions which ‘re-programme’ your unconscious mind to know it’s safe to drink less alcohol.

She suggests we get back in touch with the healthy intuitive confident part of who we are.

This is not a ‘quit the drink for good’ programme, no sir. With my imperfectly natural approach that’s why I love it! – Georgia having once been a heavy drinker, who has ‘been there and got the T shirt’ still drinks now, and she doesn’t suggest you stop either, (unless you really want to). She believes you can train your mind to keep the ‘fun’ bits of choosing to drink alcohol but not the bits that cause you emotional grief, or the sense of...I have a drinking problem,’ – when it starts to impact on your life.

What we now know is that the brain is adaptable to change, Georgia says ‘remember it’s a thinking problem not a drinking problem’. The great thing about Georgia’s 7-day programme is that not only does it impact on your drinking, it makes you feel more calm and confident also.

Georgia and I are going to be doing some work together developing programmes (watch this space) so I love the fact that she believes ‘you need to honour the authentic you’.

If you know intuitively that you are putting a strain on your body, trying just a bit too hard to ‘hold your beer; or keep up with the lads, or drown your sorrows’ now is the time to take back control.

My gift to you (and I hope you will come back to me and tell me how liberating it was for you) is to jack you up a 25 per cent discount on Georgia’s 7-day programme – I’M NOT ON COMMISSION!!  I’m offering this because I can see the benefit so clearly and I know there are people who after just a few days of listening to this hypnosis audio will think differently about their desire and ‘need’ to drink too much.

Do You Need a Digital Detox?

WIN access to ‘7 Selfies that make ALL your Relationships Great’ Online...
Scroll to top