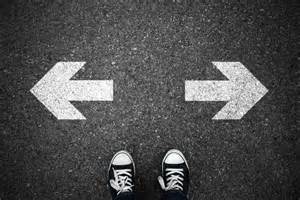 I attended a fascinating parenting talk recently, the theme was Pathways to Addiction but it strayed into many other areas related to parenting including the importance of the choices we make. The speaker was Tessabella Lovemore, (the perfect name!) an education consultant, social scientist and counsellor.  She worked for many years as a teacher in Steiner schools and now focuses on child development.

After explaining that she believes that habits are not the same as addictions she went on to explain the three phases of childhood, as outlined in Rudolf Steiner’s work. It won’t surprise you to know that the formative years are the most critical for just about everything including whether or not the child will be likely to develop addictive behaviours. In these early years, especially between age one and three children want to do what you do, if you’re doing the housework, they want the experience of sweeping too (and she reminded us that a toy broom won’t cut it!). She believes at this tender age babies are like little scientists trying to make sense of the world and it’s hugely important that there is routine and rhythm involved and that everything remains constant.

She gave the example of a toddler dropping food from a highchair and enjoying the sensation of the substance dropping, then finding out if it does the same thing a second and third time (before the parent swoops in to mop up the mess!). She believes that too much change at this stage is unsettling for them, and she says they don’t need too many choices at this time because this will create anxiety.  Till the age of 7 and especially up to 3, children want to feel that everything is steady, stable and strong, and there shouldn’t be too many decisions needing to be made by them.

Of course in the next phase 7-14 and the final phase 14- 21, things change considerably, the children are interested in their ‘inner world’ too, how they relate to peers, communities, learning the differences between themselves and others and beginning to build trust (or a lack of trust) in others. Between 14 and 21 it’s all about individuality and this is where they need to be given lots of choice, and to be able to notice their own sense of ‘will’.

Tessa suggests that the stronger the fundamental belief in themselves (that stems from that security and stability in those formative years) the less children have the tendency to try to ‘grab back’ what’s missing, to ‘fill that hole’ with some or other substance or behaviour.

Of course all of us know in our rational mind that taking drugs, drinking alcohol, eating too much sugar, or becoming a sex addict, won’t bring back a missing parent, or make us feel any better about ourselves, but the subconscious mind sometimes hasn’t caught up and is trying to numb the ‘lack’, or reach out for more of whatever we didn’t have.  This resonated with me very much because despite my work inspiring others and encouraging them to have more self-love, I often fall foul of my own ideals and catch myself coming out with some pretty terrible ‘inner talk’ and making some poor choices, whether they be around what I do, say or eat.

Recently, I wanted to lose a few pounds (weight not money), I did a fairly punishing diet (despite knowing intuitively that diets don’t work) and then was gutted at the end of the period – when I hadn’t cheated at all) that I had lost not even one pound.  I went to see my awesome and very wise kinesiologist Miriam (PM me for her details but not too many of you or I won’t get an appointment!) and she commented on the fact that I looked well, ‘sparkling’ in fact…’but hugely fat’ I added ‘I’m SO overweight’.  She pointed out that I was constantly telling my subconscious mind that I am fat and overweight and it was duly supporting my own declaration. She went as far as to say my ‘weight management’ is entirely emotional and not down to an excess of food or lack of exercise.

If you’ve ever seen me speak you know I talk a lot about the power of language, about taming the ‘inner talk’ and replacing those unhelpful comments by asking ‘is this true?’

I encourage people to revel in their YOU-nique brilliance so that they have a treasure trove of self-love to dip into when the doubts come in, before reaching for the cream cake or the poison of their choice. So why wasn’t I doing the same for myself?  My therapist pointed out that I was literally walking around as if with the devil on my shoulder nagging me all day. You should be exercising more, drinking less, you shouldn’t be eating that, you should have a lettuce leaf, you’re so fat…. As I say on my talks, when most of us look in the mirror in the morning, if we spoke out loud our inner talk, and child was nearby we would be had for abuse!

So what to do?  We all know about the power of affirmations but unfortunately some of us are just too damn clever (she boasts!). We practice saying ‘I love you’ to ourselves and we look in the mirror and say ‘I love and accept my body’ and somewhere in that subconscious mind up pops another thought…You’re lying…so the whole cycle starts again.

Miriam gave me another rather brilliant solution and it ties in with Tessa’s talk (if you were wondering where I’m going with this!) she suggests that as adults we want to feel we have choices, many of them and we want to really own our choices.  She asked me to constantly say…’I could choose to’…love my body… have a salad instead of chips…get up earlier and go to a class…arrive early…  The word ‘could’ is important, Miriam believes if we try and use Will power and say ‘I WILL get up earlier, I WILL have a salad, I WILL not have a second glass of wine…Then our subconscious mind sees that yet again, like the nagging voice, it’s another way of saying I ‘should’ I ought to’ and often the rebellious child in us will simply say…’blow it,  I may as well have the whole packet of biscuits’.  But by saying I could choose to, we remind ourselves that we can make the choice, any choice, but we don’t have to – we have the power to make our own decisions based on what we really want, not what we feel we ought to want.

So if you have young children your remit is an easy one, let them explore and enjoy the stability of their world, don’t offer too much choice, if you have a teenager – just listen, don’t try to fix them and let them work through their choices and if you are an adult – STILL not getting everything right (who is?) then be kind to yourself and start using the phrase ‘I could choose to…’

If you have a message to share, a book to write, a course to create and you are procrastinating, it’s likely that you are doing a lot of ‘I should-ing’ and telling yourself ‘I ought to be writing…I strongly suggest that you create a vision board, get in touch with want you really want and then say to yourself regularly, I could choose to write my book, create my course…

That way you can give yourself permission to get started – or not. If you want help focusing on your USP, or the creation of your course then you know where I am, you ‘could’ choose to give me a call and see how I can help

What Lasting Impression Do You Leave?

Get Your Creative Juices Flowing
Scroll to top