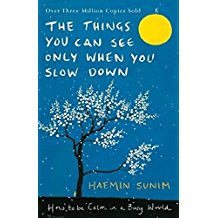 I am so lucky to work on BBC Radio 2, we get to interview some amazing people and its so varied, in recent weeks we have interviewed top Hollywood celebs, pop stars, sports pundits, leading authors …oh and one of my faves..a Zen Buddhist monk. 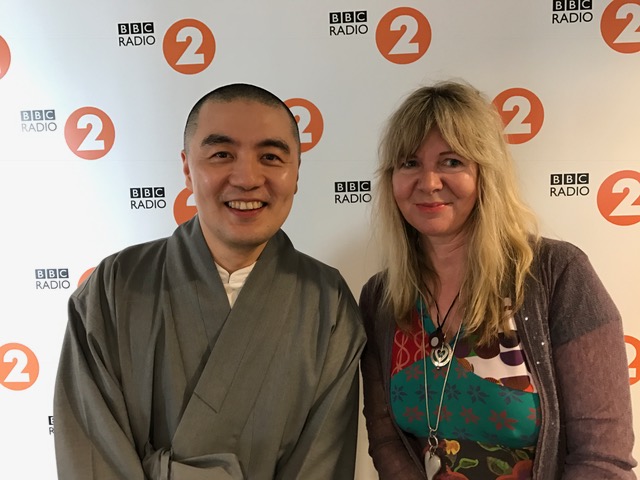 Haemin Sunim is one of the most influential Zen Buddhist teachers and writers in South Korea, where his books have sold more than three million copies and are popular as guides not only to mediation but also to overcoming the challenges of everyday life. The book came about because he was often asked for advice on dealing with the challenges of life, he started to share his wisdom with a wider audience using social media (he has 1.2 million Twitter followers) and embracing his nickname The Healing Mentor he has produced this beautifully illustrated, guide to mindfulness, Haemin Sunim, offering spiritual advice on everything from handling setbacks at work to dealing with love and relationships.

Speaking directly to the anxieties that have become part of modern life, Haemin Sunim’s simple, compassionate teachings transcend religion, borders and ages, and serve as a calming reminder of the strength and joy that come from slowing down.  The chapters are Rest, Mindfulness, Passion, Relationships, Spirituality, Love, Life and the Future.  The illustrations, often simple but striking are by korean artist Youngcheol Lee

‘The world moves fast, but that doesn’t mean we have to’ is the key message and when we asked him ..What about someone who has lots of commitments, is rushing around and doesn’t have the time to stop, to meditate et al, his answer was “Have you got 10 seconds?”  (yes) ” Then just smile”

Its great advice written simply and with gentle humour, I love the fact that the book is very dipp-inable

As I was writing an article in connection with my book You are The Brand, I opened up a page in the Love chapter where it said

not because you are better than others

but because there is only you who can smile like that

may you fall in love with your unique self

…..I couldn’t have put it better myself.