What kind of impression do you make on other people?  And I wonder if you’ve ever asked yourself who was the person who made the greatest impression on you?  The person who encouraged you? inspired you – or just made you think differently?  Often people say it was a particularly enthusiastic teacher, or a relative who saw their potential.

We interviewed Jeremy Paxman recently, he has written his memoirs and of course he is both loved and hated in equal measures, he is known for his acerbic wit, he is irascible, grumpy and awkward and of course relentless at getting the answers he wants, even from the most ‘agenda-driven’ politicians and celebrities. 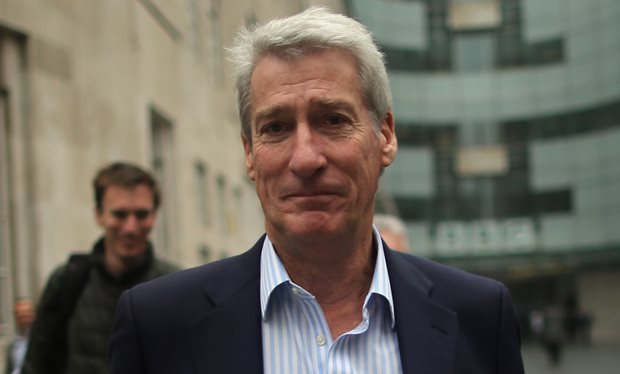 The boot was on the other foot as we interviewed him and there was lots of joshing. ‘That’s not a question…it’s an assertion’… He responded to several of our questions but we asked him who had been the most impressive person he had ever interviewed? Who had left a lasting impression?

His answer surprised me, “The Dalai Lama” he said “incredible guy” (I’m guessing he meant his energy), but Jeremy said we did the interview and then he left the studio and Jeremy said to his crew ‘What an amazing man’… Just then a little bald head appeared round the door….” I’ve lost my treasures” he said “I must have left them behind…I can’t leave without them” …” Well come in… lets search”. “What do they look like?” Paxo asked. They’re in a tiny purple bag he said – the tall presenter crawled under the table. He found the little drawstring bag and handed it over. The Dalai Lama thanked him, put his hand into the bag and with his fist tightly closed said …” You must have one’ … “no I couldn’t possibly”. Paxo said. “I insist” said the Dalai Lama, he opened his hand and handed him one of the treas

Now what are you thinking at this point (if you didn’t hear the interview). What were his treasures, crystals…diamonds…special stones…coins?

No –  it was a golden wrapped toffee. Paxo has kept it for years.

It’s the little things that can make the biggest impression.

The Power of Choice
Scroll to top