It’s great to be doing a short run in panto. I almost said no till a wise friend said ‘do it’ – it’s like being a kid again, I am the Fairy Godmother in Cinderella making wishes come true!

I wish you a magical holiday period and hope 2016 is the year where your wishes come true.

I don’t mean that flippantly – what’s interesting is that many people who are passionate about their work are so preoccupied with how they can help others and grow their brand that they haven’t stopped to ask what it is they really want for their business. That’s not the same as a business plan or a projected growth, I’m talking about the bigger picture. In my new book ‘You Are The Brand’ I talk about the importance of defining your one big dream and being really specific, saying I want to make loads of money won’t cut it, (you may get a windfall or a massive order only to then see it disappear again.)

Leaving yourself out of your dream is common too amongst heart centred business owners. One client who is a very successful expert in weight management said her dream was that the NHS recognised the link – fast forward to utopia for them (tricky to imagine I know) but assume the dream delivered and the NHS got it and offered NLP techniques to all – and she didn’t feature! She had left herself out of her dream and her brand!

Own your own USP and your own unique brilliance and decide upon your one big dream for your business. Be very clear on all the details, base them in reality while still dreaming big (it probably won’t work to dream of being an Olympic swimmer if you don’t like getting your ears wet).

Then get set to be amazed what could happen next – something will – once you set your intentions and have real clarity on what you want magic happens! You notice things you haven’t noticed before, someone comes into your life…

You believe in magic don’t you?

YOU ARE THE BRAND 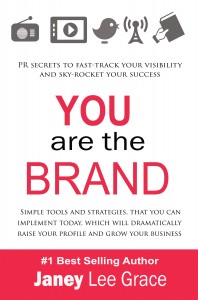 We can’t compete with Amazon BUT we can give you fabulous ADDED VALUE… So order from us and you will receive FREE Module 1 (previously on sale for £97) of Janey’s acclaimed PR and Media Skills Audio Masterclass.  Includes a guided visualisation to get clarity on YOUR dream. Wow!

Theodore Roosevelt once said “Comparison is the thief of joy.”

Since I started coaching clients the question I hear over and over again is ‘Am I good enough?’ People who want to write a book or get their book out there to a wider audience often tell me they are fearful that the market for what they write about is already overcrowded – ‘there are already so many books on my subject’…they lament…’ Will anyone be interested in mine?’

Of course my answer is always the same, there may be many books on your topic but there’s only one YOU’ – That’s why it’s critical to really know your YOU-sp (USP) – what it is that makes you YOU-niquely different.

Having said that I’m not immune either to the odd ‘wobble’ about my credentials. Recently I was thinking about planning an event around helping people with their public speaking skills, helping experts and entrepreneurs become the Go-To expert in their field and how to attract opportunities and maximise them.

Just as I was about to start looking at venues I saw some advertising for an event not dissimilar to the one I was planning – except that this entrepreneur had hired a huge venue and seemed to be totally rocking and at the top of her game in that arena. What did I do? Panic! – I went through all those same concerns and fears, am I really good enough, could I ever fill out a big conference venue?

I must admit I really did feel as though the wind had been taken out of my sails, it took a session with a great inspirational coach (we all need someone a few steps ahead of us) to make me realise that my experience and message is not the same as my ‘competitor’ and what I share with my audience is different and just as I remind my clients, I too have my own skills, talents and specific USP – for starters I’ve had twenty five years in the media and been on both sides of the microphone!

So I calmed down and recognised that by simply comparing myself unfavourably to someone else who seemed to be ahead of me, I was procrastinating, holding myself back from just getting on with sharing my YOU-nique brilliance, I was allowing all the negative inner talk to take over.

Sometimes of course it’s good to check out the competition, absolutely google around and see what others are doing in your field, it also doesn’t make much sense to host your event the same weekend as a competitor if the target audience may be similar, but don’t get obsessed by what others are doing, there will always be people ahead of us (thank goodness – they can pave the way and help us) and there will always be those coming up behind. And perhaps with our unique skills talents and clear definable ‘USP’ we can assist some of those newbies – the ones who are our ideal clients.

One tip – before you start your speech, or make the important phone call to get you noticed, or even sit down to craft your course or write your book, try the Dr David Hamilton approach to feeling confident:

It’s scientifically proven that good posture helps with self-esteem, so regularly practice (and definitely before any kind of performance), stand with your feet about hip width apart, as if rooted into the ground, shoulders back, head up, look straight ahead, take a deep breath and say out loud ‘I am enough’ – Yes you really are! 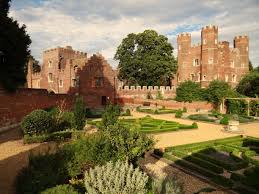 Indulge in a whole-life rejuvenating experience hosted by Gwen Warren, Founder of Biting Fit Whole Life Detox Retreats and world-class, international coaches, authors and speakers including Janey Lee Grace, Alice Barnes, founder of ABC Image, Anna Clifford, founder of Barefoot Therapies, Karen Knowler, The Raw Food Coach and Elaine Hilides, International Speaker, Coach and Hypnotherapist. This holistic experience will offer you the attention and time you need in a relaxing, interactive and stunning environment where you can expect to make some long-lasting connections with like-minded people.

This is the first Retreat at Buckden Towers, they would love feedback and so are offering this Retreat with a one time only 45% discount. This will not be available again. 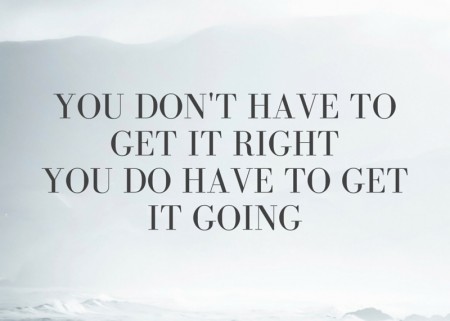 You will have seen the story across social media recently about Facebook founder Mark Zuckerberg and his wife Priscilla Chan who wrote an open letter to their new-born daughter saying they want her to ‘grow up in a world better than ours’.

They have committed to giving away 99 per cent of their Facebook shares (that’s estimated at around 45 billion dollars right now) to charitable causes. They will still be exceedingly rich but there’s no doubt that their philanthropic statement brought them even more notoriety and their fair share of controversy too. 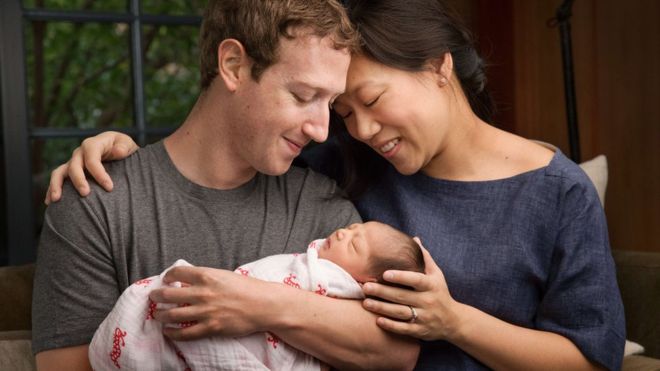 ‘If I had only one dollar left I’d spend it on marketing’ is one of Bill Gates favourite sayings and he certainly got some column inches in the UK recently too (and probably got paid for his time!) about his financial giving. There was a heart-warming interview in the Daily Mail ‘You’ magazine – Meet the everyday billionaires, Judith Woods spoke to Bill and Melinda Gates and found a grounded lovely family with strong values.

‘Bill loves doing the washing up and I like to slip into my yoga pants and eat popcorn’: At home with the world’s richest couple’ was one of the boxed out headlines and of course the angle of the piece was not to promote themselves and their corporation (let’s face it their net worth is £53 billion – more than the wealth of some small countries!) however they were clearly willing to put themselves in the frame – to stand in the spotlight – in order to get even more awareness for the Bill and Melinda Gates Foundation which doesn’t fund its own projects but channels funds into existing organisations such as the World Health Organisation and Unicef.

The couple have poured over 19 billion of their own money into it and the investor Warren Buffet has also donated billions. They are very ‘hands on’ though and shared their vision of large scale philanthropy with the interviewer.

For me as the reader looking at this three page article with images of Bill and Melinda with their children and on a visit to one of their charitable projects in Haiti it made me totally warm to them, it gave me an insight into what makes them tick, and if it’s still important to Bill (and I’m guessing it will be!) he should pat himself on the back that he has reassured yet another customer that he (and his wife) are people that we can do business with – because we feel we can Like, Know and Trust them.

Like me, you are probably not at the stage where you will be asked to appear in a three page spread about your life and work in a national Sunday supplement, you almost certainly won’t have a cool 45 billion dollars to donate to good causes, you may not yet be in a position to leave your day job in order to follow your passion but remember the saying…’You don’t have to get it right, you do have to get it going’ and if you are going to succeed in a heart centred business you must remember that people do business with those they like, know and trust. Be prepared to be visible within your business.

Oh and according to Melinda you should be willing to take some risks, Warren Buffet gave them this advice when establishing the foundation… ’Don’t just go for the safe projects, take on the really tough problems’. If you have got an idea brewing that seems just too scary…ask yourself – should I feel the fear and do it anyway?

If you have a book to write, a business to launch or grow, an idea to nurture, a programme to promote, take a risk and get it going. Be willing to put yourself in the spotlight and don’t forget to attract some attention….your marketing may cost a little more than a dollar but without todays social networking opportunities maybe not much more!