Transform your life and move beyond stress to re-energise your mind and body!

Hosted by Richi Watson and LifeWell UK – I’ll be talking ‘Health, Balance & Success’ where I’ll be sharing how I create and sustain my health and balance, while running my busy media business, raising a healthy family and enjoying an ‘imperfectly natural’ holistic lifestyle.

I’d love you to join me and there are a few tickets available, the ticket price is just £79 for a transformational day with lots of great practical information and life changing moments!

I look forward to seeing you there!

Cover Yourself Against Legal Vulnerabilities You Risk Encountering in Your Small Business!

Have you got your ducks in a row when it comes to your business? Recently I recommended Suzanne Dibbles excellent GDPR pack and now Suzanne has asked me to let you know about a special promotion for her Legal Academy. If you bought the GDPR pack you will by now know just how invaluable it is and so will be delighted to get an even further discount on the Legal Academy, if you didn’t buy the GDPR pack you will be pleased to know it’s included!

The Legal Academy contains over 70 templates, video guides, checklists, case studies, action plans and an 8-week email course that walks you through the most important legal issues that are likely to affect your business.

Thousands of small business owners have been helped by it. These materials are primarily for people based in the UK and all of the templates are subject to English law. However, many people use the templates who are not based in the UK particularly where they have international clients, as English law is the most popular choice of international law and many of the templates in the coaching module (e.g. online programme terms and mastermind contracts) are simply not available elsewhere.

You will have immediate access to over 70 template legal documents, such as Terms of Business, Freelance Agreement, GDPR Compliant Privacy Policy, Social Media Policy, Employment Agreement, Online Programme Terms, Copyright Notice, Website Disclaimers and many more – all of which are about areas that ARE going to be hugely important to your small business – and which you know have been drafted by a real expert but which are in easy to understand, jargon-free language.

You also have immediate access to over 20 checklists, over 20 video guides, over 20 factsheets, case studies, a back catalogue of monthly webinars and a Confusion Free Guide to Business Law manual – again, all of which will be hugely relevant for your business. 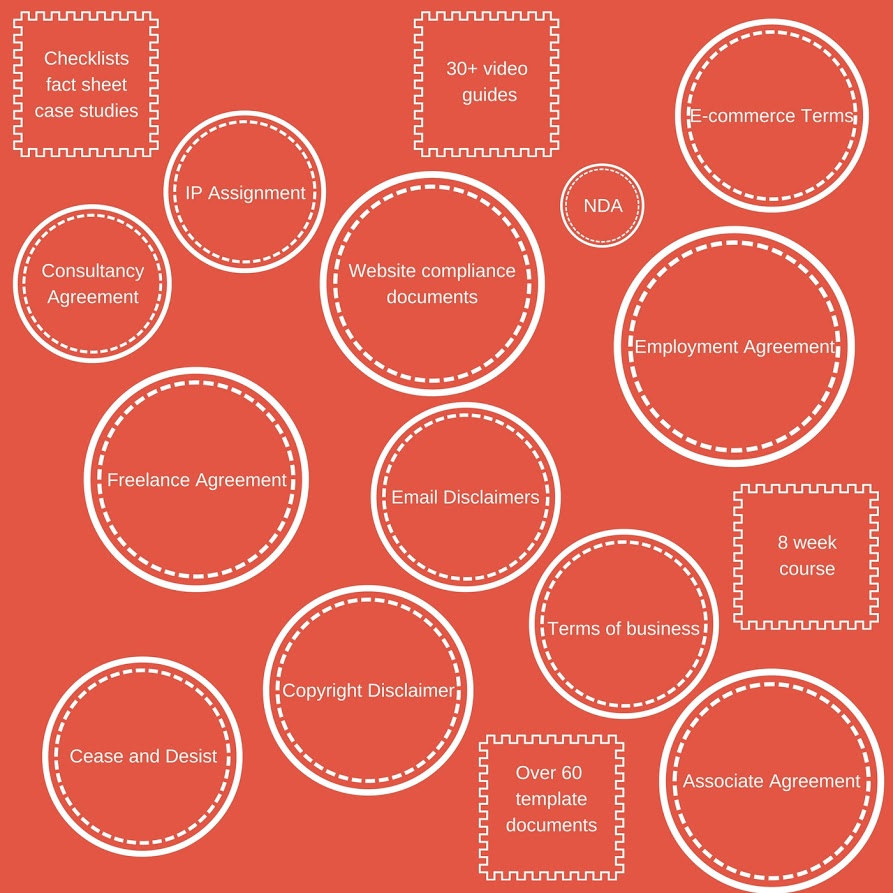 Go here to get your special offer Legal Academy>>>

As a busy author and journalists I must confess I don’t get to really read and digest every press release I receive but one headline hit me hard in the inbox recently.

The press release which was from Fundingguru.com* and said that a nationwide study reveals that we are indeed nation of “could have beens”, with a staggering 84 percent wishing they could change their life for the better and ultimately feel more fulfilled.

Apparently we are not making the most of our talents, with as many as six out of ten (61 percent) admitting they have a natural talent they do absolutely nothing with.

Perhaps unsurprisingly our creativity doesn’t always get fulfilled, As many as 29 percent of those surveyed believe they had a writing talent, while one in four said they could paint or draw well, but never get around to it.   Check out my blog on creating compelling content.

There are also millions of frustrated musicians in the UK, with almost one in twenty saying they could play an instrument, but that they had stopped playing altogether.

17 percent see themselves as talented singers, while 14 percent believe they could have made it as a stand-up comedian.

Over 40 percent of people had dreamed of opening a business, while 26 percent had once had ambitions to be a novelist.

According to the survey, the biggest excuse for not making the most of our lives came down to personal belief, with nearly half (49 percent) saying a lack of confidence made them give up.

Fear of failure was also major concern for 36 percent of people.

After that it was cold hard cash posing a problem, with 26 percent of those polled saying they just couldn’t make their gifts pay the bills.

22 percent said family life had got in the way of finding their dreams, while 19 percent said they were simply too busy to use their talents.

Matt Haycox, founder of fundingguru.com, who commissioned the poll of 2,000 adults said: “I’ve always been a big believer that anyone can live out their dreams by following their passion. Throughout my experience in business, I’ve encountered first hand pretty much every problem you can think of, and access to funding can seem overwhelming. I wanted to help people realise that they can overcome these obstacles, and The Get Funded Guide has been specifically designed to help with all these issues.  What’s more, the guide teaches you how to get in front of the right investors, and every single person that completes it will have their very first funding pitch guaranteed, as I will personally review every one. I’m hoping to find the next big business in the UK, so pitch me!”

As many as 94 percent said they would enjoy life more if they’d used more of their creative skills.

So what are you NOT doing?  Whats your purpose and are you fulfilling it?  It’s one of the things that upsets me most when I see talented people, I can’t bear that they don’t follow their dreams! 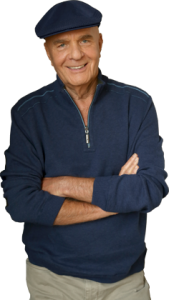 And while we are on iconic quotes, Here’s just part of that classic Marianne Williamson quote…

Our deepest fear is not that we are inadequate. Our deepest fear is that we are powerful beyond measure. It is our light, not our darkness that most frightens us. We ask ourselves, Who am I to be brilliant, gorgeous, talented, fabulous? Actually, who are you not to be? You are a child of God. Your playing small does not serve the world. “

So take some time out today and ask yourself honestly what am I hear to do? What is it that’s holding me back?  If its confidence, fear of failure,  lack of time, who could you ask for support ?

What could you do differently?

If its hard cash check out what Matt offers *(see note below)   http://www.fundingguru.com/

If you want clarity on your work, your brand, your purpose, there are some helpful visualizations in my book You are the Brand, it’s all about encouraging you to step into the spotlight

If you’re fascinated by numbers I can highly recommend a session with Jo Soley.  I’ve known Jo for years as a ‘business angel’ who helps entrepreneurs move to their next level of success, but now Jo is offering numerology sessions for her business clients too, because how your destiny number relates to how you operate in your business, and how by understanding the personal year you are in can help you work with the vibration of the year and its energies.

She now offers  ‘Your Brilliance In Numbers’ sessions where by how understanding your destiny number, the meaning of the first initial of your first name and which personal year you are in – can help you understand and empower you and understand how you can do the right thing at the right time in your business. and in your personal life.

Jo says…‘I remember always being fascinated by numerology from a young age. Every time I saw an article in a magazine (or in latter years) a blog post, I would make a beeline for it. From following instructions in one of these posts I worked out my destiny number and was under the impression that I was a 28 10 1   I met  author Richard Abbot  and with his assistance I realized I wasn’t a 28 10 1 – I was a 19 10 1, which is a totally different ball game and I was embarking on a personal year 9 – which again has implications.  Over time I attended his course and he became my mentor.’

Accumulating lots of info about a number. Numerology is not a method of defining people in a fixed or limited way or solely a way of predicting the future and does not work well by automated computer readings – e.g.: an online numerology report – as there is an intuitive element to it. 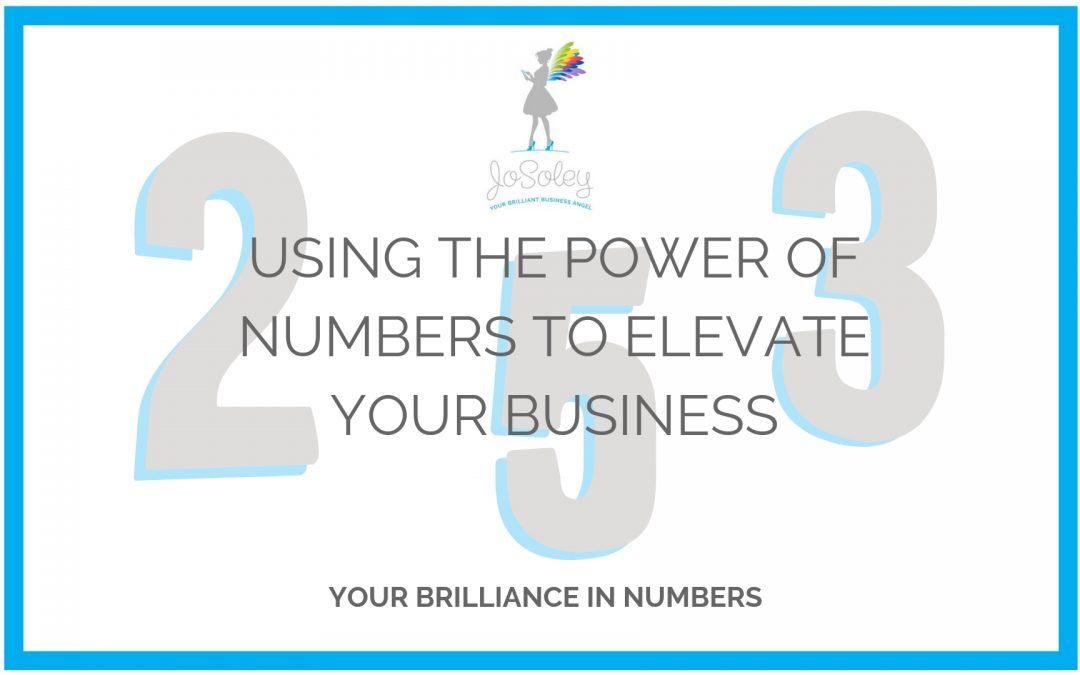 Jo offered me a session recently and I must confess I said yes really just out of curiosity, I wasn’t really expecting any lightbulbs,  so when she explained to me that my number is 5 and the characteristics of that number I wasn’t especially surprised,  I have had sessions with people over the years where I have heard that before and it definitely resonates with my personality type.  However she also revealed the implications of my name and that was intriguing.  It reminded me of interviewing Blue Marsden author of Soul Plan on Hay House radio a while back , we had a long discussion about the impact of our birth names on our destiny.

The most profound bit of the session with Jo was her explanation of which personal year I am in currently, we work in 9 year cycles and I am in a ‘9’ year, and that is essentially a ‘completion’ year, where its good to consolidate, declutter and make room for the new energy of the ‘1’ year which will be coming.after my next birthday.   Suddenly I felt a weight lift off my shoulders as I have had a couple of business projects that I have been trying to get off the ground that have just not happened, I thought I was definitely in line for a big contract and I got a big fat ‘NO’.  I had been feeling very rejected and a bit disillusioned, but suddenly Jo’s revelation that I am in a year where its not a good idea to start a new business or kick into a brand new big project, I now feel perhaps it was meant to be.  That knowledge has shifted my thinking and I’m now able to focus on getting rid of what I no longer need, to release,  in preparation for next year when hopefully my projects will fly.

As Jo says ‘Knowing how powerful understanding your numbers are can be game changing with constant light bulb moments.’

Jo also quickly worked out that my husband, who is a my business partner but also very much has his own path as a composer and writer, is, like Jo is, in a personal year ‘1’.  it suddenly made sense, He has had some amazing ‘wins’ lately and I realise that this is the time to support him and watch his success, (while still harassing him to do yet more trips to the charity shop!)

It’s well worth a session with Jo, numerology gives a fantastic insight, suddenly you ‘get’ who you are, and why things are happening, (or not) and rather than trying to work against it, you can work with your own personal ‘essence’ and make your plans accordingly.

To book ‘Your Brilliance In Numbers’ session – Using the powers of numerology to elevate your business email;  jo@josoley.com   https://josoley.com/numerology/