In my UK Health Radio ‘Spotlight Show’ I interview some of the world’s most inspiring self-development coaches, gurus and personalities about their health and wellbeing services, products and knowledge.

In this interview I speak with Brian Halvorsen the Holistic Dentist and author of two books – The Natural Dentist and Great Teeth for Life.

Dr. Brian Halvorsen has been a holistic dental practitioner in Buckinghamshire, England, for over thirty years and explains a holistic approach to dental care that focuses on nutrition and healthy eating that will help remove toxins from the body, decrease thinning enamel, and ensure the dental health of the next generation. 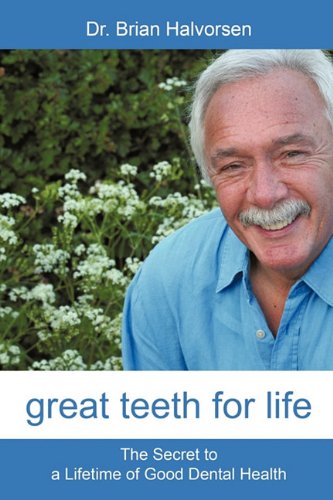 Listen to my interview with Dr Brian Halvorsen HERE>>> 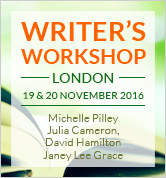 I’m thrilled to be speaking at the ‘The Writers Workshop 2016’, sponsored by Hay House in London on 18th -19th November. 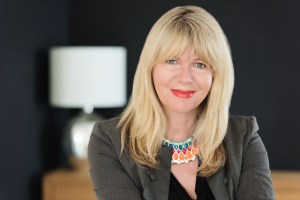 I’ll be speaking alongside the fabulous Julia Cameron author of ‘The Artists Way’ which has sold over 4 million copies and to this day remains a classic, Michelle Pilley, the Publisher and Managing Director of Hay House, UK bestselling author David Hamilton and social media expert Katie Brockhurst.

Join us for a very special two-day workshop where I’ll be sharing my advice on how to handle the media and how to create your best PR strategy as an author.

This is also your chance to publish a book with Hay House UK and become a bestselling author – one participant will be awarded a publishing contract with Hay House and a £5,000 advance!

If you’re a writer with a great book idea and a strong desire to be published and need the inside scoop on how to perfect and publish your book, then this is the workshop for you!

You’ll learn everything you need to know to get your book published, including exclusive videos of leading Hay House authors and as an added bonus, attendees will receive gits worth more than £150!

All details and tickets can be purchased here>>

I’d love to share this post with you from Julia Cameron – Discover your creative potential with these literary tips from the author of The Artist’s Way. 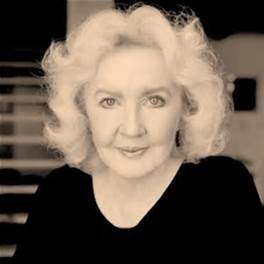 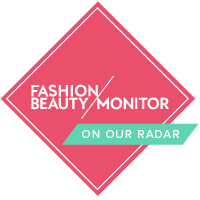 I’m so proud to be in the top ten (with Gwyneth Paltrow!) as a top organic/natural beauty influencer with Fashion Beauty Monitor. I’m so passionate about the work that I do, bringing natural health and eco products and services into the mainstream and so I’m thrilled to be alongside some really great influencers! 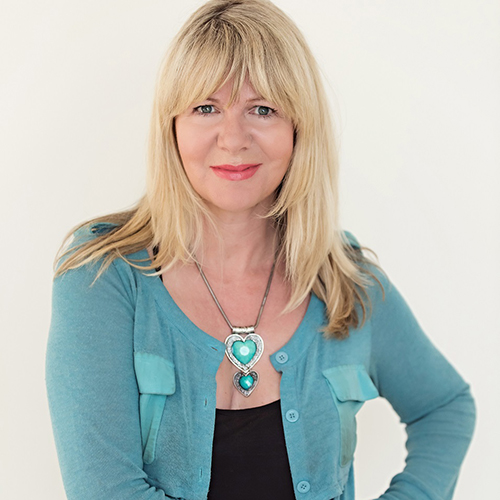 I really respect Social Media expert Inga Deksne and she has a great offer at the moment that is a no brainer for those of us who are time stretched! Inga is offering this special ‘done for you’ social media service at a massively discounted rate as it’s a ‘beta’ programme and she would appreciate testimonials from happy clients!

Are you a business owner feeling overwhelmed with new emerging Social Media platforms and apps? It seems that you can either spend all your time on Social Media or you can have a life. Can you resonate with it?

Inga believes that Social Media can be fun and bring profit to your business and she offers an online masterclass on-demand where she shares with you: 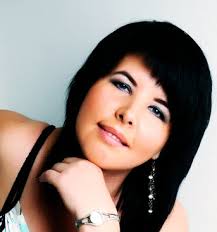 ‘We hate it when our friends become successful’ sang Morrissey way back when (a musical reference that most modern day zeitgeisters won’t get) and it’s a known fact that as humans we are hard wired to feel envy and to want to bring others down to our own level.

Theodore Roosevelt once said “Comparison is the thief of joy.”

I’ve been hugely impressed to see how the ‘new rock stars’ are breaking down these barriers.  If you have anyone in your family under the age of 25, chances are they are fans of one or more You-Tubers. These self-confessed ‘amateurs’ have come up with an idea, started making videos and transformed their lives – often off the stratosphere with followers and fans. I’m not complaining – for the first time in years I have been heralded a ‘cool mum’ not because I can arrange a ticket to a Paul McCartney gig or get a signed copy of an Adele album, but because I have interviewed and facilitated my twelve-year-old son to meet… wait for it… Marcus Butler…(who?) oh and Thatcher Joe, Casper Lee and US YouTube sensation Tyler Oakley.  Alfie, one of the first to become hugely successful not just with his YouTube channel but with his book Pointless (it actually was) caused a furore in Central London when he invited his fans (via Instagram, Snapchat et al) to come to a meet-up and signing of his new book at Waterstones in Piccadilly.  The usually fairly busyness of a Saturday side street in Covent Garden was maxed out five hours before the event and thousands (including two of my disappointed teenagers) had to be turned away as they closed off the street.  ‘I will sign everyone’s book’ Alfie had promised…err no, instead of the 1400 people one might expect for – say a David Beckham book signing – eight thousand kids had rocked up desperate for a glimpse of the unlikely star who made videos in his bedroom.

But here’s the thing with this bunch of You-Tubers, despite now being millionaires and key influencers, they are all friends, actual besties – not just ‘oh we meet at star studded parties and ‘mmoi’ kiss on the cheek’… no they are BFF’s, they do shows and meet-ups together, appear on each other’s videos and support each other’s products.

We recently interviewed Louise Pentland, better known as ‘Sprinkle of Glitter’ she is a little newer to the game with only around eleven million subscribers as oppose to the hugely well-known teenage girl crush Zoella who has twenty two million, yet when we asked her, are you similar to Zoella? Are you her competitor?, her answer was wide eyed and from the heart. ‘Zoella is my friend’ she said, ‘we are all friends, it’s a bit like a family, you have to remember, success is good for us all, – ‘All ships rise in high tide’ 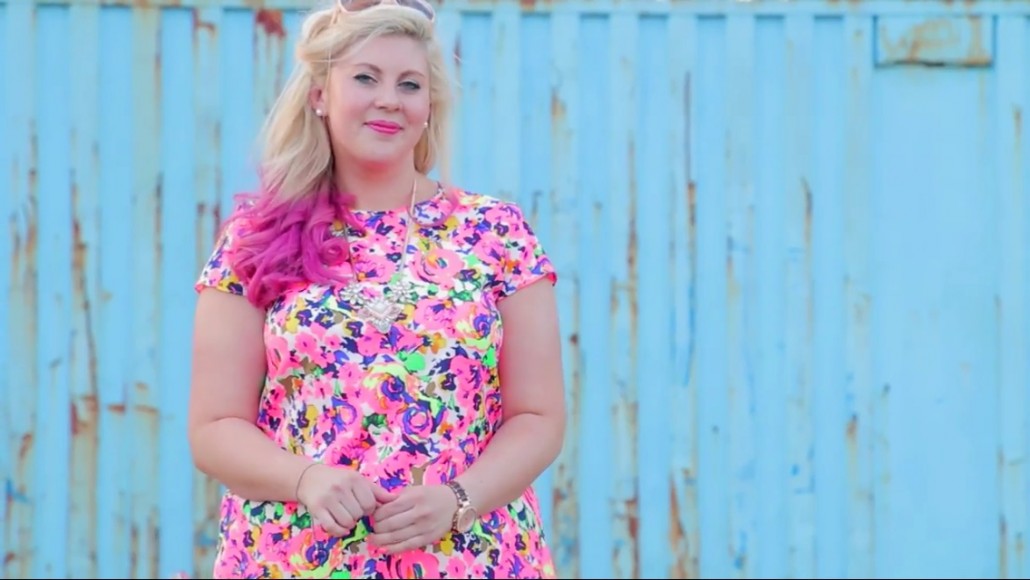 What a statement, and how true!  Far from being freaked out that someone else’s book on fly fishing has become a best seller, you should be rejoicing that there’s clearly a hungry audience for when yours comes along. 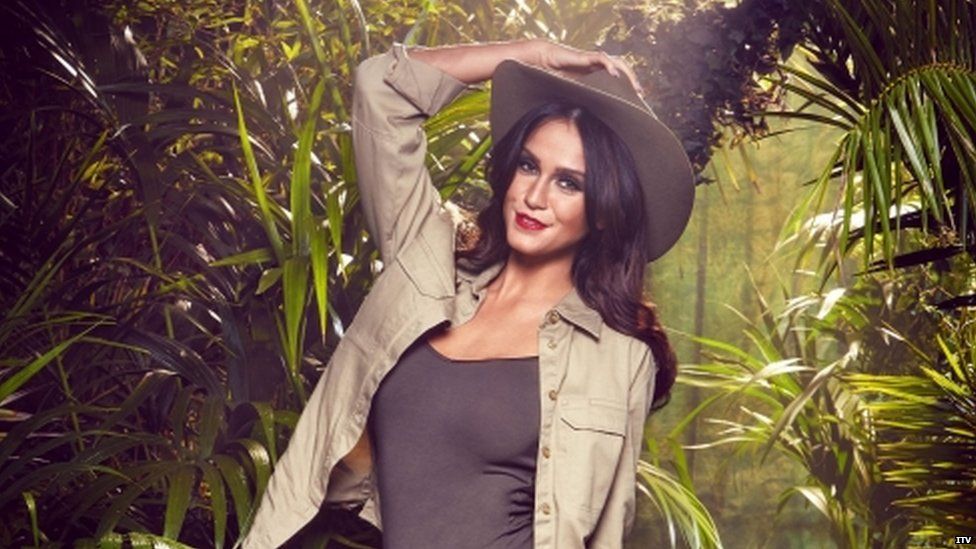 I also got to meet reality TV star Vicky Pattison from Geordie Shores, she is truly down to earth and totally deserved to win her title of Queen of the Jungle in ‘I’m a Celebrity Get Me Out of Here’. She admitted that while most celebs went into the experience feeling scared and determined to ‘play the game’ to manipulate themselves to the top, she got herself totally prepped and went in genuinely just excited to have such a unique experience. It came as somewhat a shock to her to find herself playing the role of peacemaker, but play it she did, diffusing all kinds of potentially explosive situations even with the much salted ‘Lady C’. Vicky came into Radio 2 to talk about her new book The Real Me, and instead of it being what one might expect, a tutorial on eyelashes, nail designs and the best chat up lines, she has weaved in some important messages. She told us the most important thing she wants to get across to young girls is; ’It’s important to be nice’. She continued to say that she believed that being jealous of someone else doesn’t help your success, in fact the opposite it true and we should focus on being kind’ and supportive of each other.

Since I started coaching clients the question I hear over and over again is ‘Am I good enough?’ ‘Can I really compete?’ People who want to write a book or get their book or course out there to a wider audience often tell me they are fearful that the market for what they write about is already overcrowded…‘there are already so many books on my subject’…they lament…’Will anyone be interested in mine?’

Of course my answer is always the same, there may be many books on your topic but there’s only one YOU’ – That’s why it’s critical to really know your YOU-sp (USP) – what it is that makes you YOU-niquely different.

Having said that I’m not immune either to the odd ‘wobble’ about my credentials. Recently I was thinking about planning an event around helping people with their public speaking skills, helping experts and entrepreneurs become the Go-To expert in their field and how to attract opportunities and maximise them.

Just as I was about to start looking at venues I saw some advertising for an event not dissimilar to the one I was planning – except that this entrepreneur had hired a huge venue and seemed to be totally rocking and at the top of her game in that arena. What did I do? Panic! – I went through all those same concerns and fears, am I really good enough, could I ever fill out a big conference venue?

‘Never compare your beginning to someone else’s middle’

I must admit I really did feel as though the wind had been taken out of my sails, it took a session with a great inspirational coach (we all need someone a few steps ahead of us) to make me realise that my experience and message is not the same as my ‘competitor’ and what I share with my audience is different. And just as I remind my clients, I too have my own skills, talents and specific USP – for starter’s I’ve had twenty five years in the media – on both sides of the microphone!

So I calmed down and recognised that by simply comparing myself unfavorably to someone else who seemed to be ahead of me, I was procrastinating, holding myself back from just getting on with sharing my YOU-nique brilliance – I was allowing all the negative inner talk to take over.

Of course it’s good to check out the competition, absolutely Google around and see what others are doing in your field, it also doesn’t make much sense to host your event the same weekend as a competitor if the target audience may be similar, but don’t get obsessed by what others are doing, there will always be people ahead of us (thank goodness – they can pave the way and help us) and there will always be those coming up behind. And perhaps with our unique skills talents and clear definable ‘USP’ we can assist some of those newbies, the ones who are our ideal clients.

That’s the key really, there’s only one YOU and you are the right person for the right ‘tribe’ or ‘community’. Other experts, brand owners and teachers will be the right person for another community. Ultimately it’s a big old ocean and there’s room for lots of ripples, so go ahead and make your waves! Oh and remember to encourage even the waves that roll in stronger than yours, kindness is good for you.