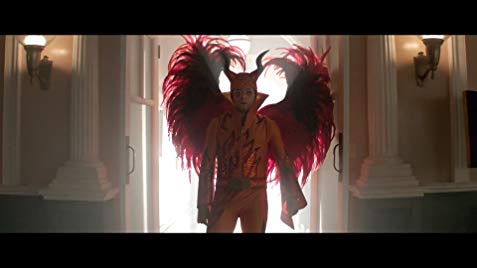 It’s everywhere, and Rocketman is on a different planet to other recent biopics. It’s a must see in my opinion for anyone who wants hope that there is a way out of whatever situation they are in.

The film is set against the backdrop of Elton’s addictions, in a group therapy session (where Elton played by Taron Egerton, sits resplendent in a devils costume complete with huge feathery wings and a cap with horns) reveals that he is an addict.  The scenes, interspersed of course by spectacular clips of Elton performing, take us back to his childhood where his mother is strangely distant, his father is seemingly not interested in him, and only his grandmother seems to want to nurture the burgeoning piano playing talent.

This lack of affection means Elton is painfully insecure and it’s not until he changes his name and creates a new identity for himself that he can really feel successful, but as life spins out of control he is eventually forced to take a rain check on the partying and head for rehab.

I was struck by the anxiety portrayed in this film, despite the immense wealth and notoriety he was deeply unhappy, He was finally able to reinvent himself though and has been sober for 28 years, he said in an interview that six months before he got sober, he gave away or sold all his possessions, he said he must have had a premonition that his life was going to change.   Change it did and Elton said in a recent interview about the film,

‘It’s a film about Redemption, about asking for help.  I was ashamed of myself, but  didn’t want to live like that, I wanted to become a good person, the person I didn’t know.  The  message is  if you are in a bad way, ask someone for help, It’s difficult asking for help, but my life since I got sober has been quite the most amazing journey, I don’t have to wake up feeling like I don’t want to wake up’.

It’s a story of reinvention passion and a sort of salvation and as the final song I’m still standing says he’s a ‘true survivor’  I got to see it first at a press screening and it was lovely to see Zoe Ball there too, here we are – sober sisters! 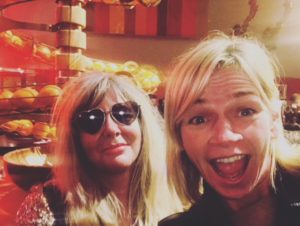 If the movie encourages one person to ask for help for their anxiety, addiction or depression it will have done an amazing job.  It reminded me of how important our families really are, in my podcast episode I speak about my own experience of family constellations, and how it changed my relationship with my own mother, in every family there are entanglements and past trauma that can still be having an impact on the present.  If you are interested in this work check out www.familyconstellationsherts.co.uk Its life changing work.  The lovely thing about this movie is that Elton is able to forgive at the end, and I hope it’s not too much of a spoiler to say he is finally able to hug his younger self.  The film is about much more than a rock n roll lifestyle which eventually crashed out, its much more about finding who he really was, As someone said recently on facebook (and I’m mortified that I can’t credit him or her cos I can’t find it again) ….

‘The goal isn’t to be sober, the goal is to love yourself so much that you don’t need to drink’

For anyone considering ditching the booze check out the Selfcare for the Sober Curious events, free monthly events in London with the charity My Yard with inspirational guests. https://bit.ly/2YHqfxT

Check out the Podcast Alcohol free life for some inspirational guests 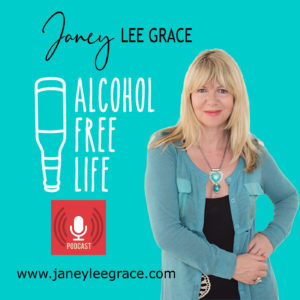 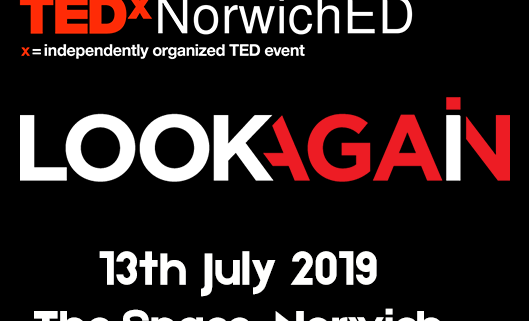 As an author, presenter and speaker I have always (like so many of the clients I’ve coached) wanted to do a TEDx talk. I applied right at the last minute on a whim really and I am thrilled to say I was selected from hundreds of applicants to be part of TEDxNorwichED. It’s Europe’s only full day TEDxED event.

I’m talking Saturday 13th July and I’m told tickets are likely to fly out of the door, they go on sale at 7.30pm tonight.

There is a Facebook live event tonight around 7.30pm to meet some of the speakers, I will join in of course and you’d be welcome to look in on their Facebook page @tedxnorwiched

GET YOUR TICKETS HERE>>> 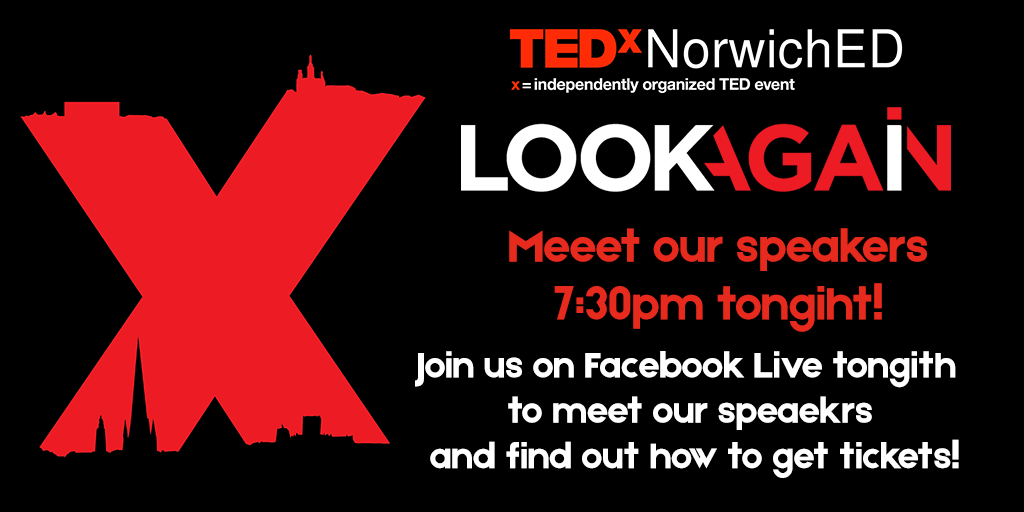 And what am I talking about?

Well the title of my talk is ‘Sobriety Rocks’ – Who knew! I’m sure many of you have seen my posts, blogs and events I’m running such as next Monday’s ‘Selfcare for the Sober Curious’ event. I want to encourage people who know or suspect they might feel better physically and emotionally without alcohol in their lives, to recognize that there is a whole new world waiting. I really have been amazed to discover, ( to quote Catherine Gray’s bestselling book title) ‘The Unexpected Joy of Being Sober’.

Of course, I am passionate about holistic living so my take on it all is to inspire people towards mindful drinking or quitting and then focusing on good nutrition, ditching the toxins et al.

I’d love to see you there, or if not, of course you will be able to watch it live online.

I Interviewed Inga Deksne recently, she’s a brilliant Instagram expert who can show you how to generate customers AND money using Instagram. I put to Inga a lot of questions that I know many of you have, some of you that currently use Instagram and also from those of you who are reluctant/fearful to get on board with it.

Are you a member of my Facebook group The Media Hub? – if you are not a member then come on over and take a look – it’s where I share and offer occasional press leads.

Instagram is an amazing way to promote your brand so do join my Facebook group for free and catch the video interview and Q&A to get some important tips.

Inga’s course is a Masterclass for all things Instagram and right now you get it at just £97 – an incredible price. Here’s what it’s all about: 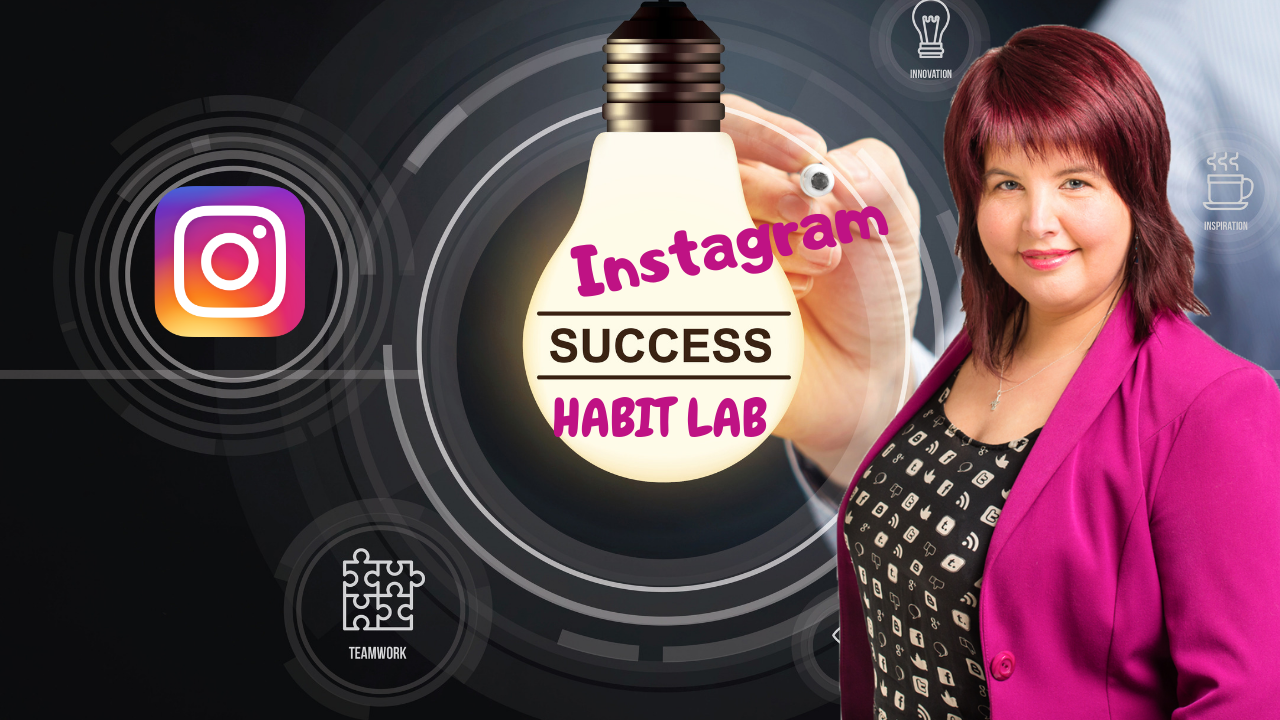 If you are a business owner who use or want to use Instagram for business you need to understand that growing number of following without solid foundation and strategy will be getting you numbers but not the results. The Instagram Success Habit Lab teaches you not only how to get followers but what you need to have in place if you want to bring customers and make sales from your Instagram activities.

It differs from any other courses because it teaches not just about how to use Instagram but how to integrate it into your day-to-day life so you can maintain a consistent presence.

Should you consider this course?

If everyone keeps telling you that you should be on Instagram but you feel that it is another chore for your busy day then this course will help you plan and organise your Instagram activities.

If your Instagram feed looks like a family photo album where you share your cute kids’ pictures or food you ate, they may get likes but they don’t bring customers, if you want to learn how to use Instagram for business then this course is for you.

Join us for another free event on Monday evening May 20th in London.

If you’ve decided to cut down or quit drinking or you are just ‘sober curious’ we run an event for you ‘Self Care for the Sober Curious’ is a free event in London hosted by the charity My Yard, there will be alcohol free drinks and vegan nibbles, and we’d love you to join us for this next one!

Happening Monday 20th May 7pm at The Jago in Dalston London.

Our special guest is Hypnotherapist and author of ‘Cut the Crap and Feel Amazing’ Ailsa Frank, and Dr Richard piper from Alcohol change U.K. and there be lots of time for Q&A.

See you there, if you have any questions let us know!