‘I am enough; it’s a phrase we hear a lot about, but how many of us really feel that way?

I remember reading an article in a daily newspaper where ten high profile women wrote a letter to their bodies, it made for heart-breaking reading, one by one they criticised and attacked the parts of themselves they hated, barely managing to find even a measly moment of satisfaction as they eschewed everything from the size of their bottom to their unruly hair.

Over the years, as I have been a Hay House author I have become steeped in the ‘love yourself first’ theory, Louise herself was a staunch advocate of looking in a mirror, regularly (she kept a tiny one in her bra so she could whip it out at opportune moments) and saying…”I love you…xxx” (your name).

It doesn’t come easily to us, most of us have the inner critic berating us loudly in at least one ear, and in truth, if the words we said to ourselves were spoken out loud to a child, we’d be had up for abuse.
Of course, it’s not only about looks, we constantly run the stories of…’I’m not good enough, talented enough, successful enough, and confident enough’…

These limiting beliefs can massively impact on our wellbeing and our success, as we constantly reinforce to our subconscious mind that we are not ‘enough’ of whatever it is we feel we are lacking in. Recently I have had some disappointments in my career, nothing too terrible, but enough to leave me thinking…’I’m not enough.’ I’ve written a novel, and despite having written 5 books before, with two Amazon number one best sellers to my name, fiction is very different and my first attempt at securing the agent I wanted didn’t materialise. Instead of shaking myself off and trying again I literally ‘sat’ on my book for months and felt a bit sorry for myself. I made lots of jokes to the kids ‘I think I’ll go and eat worms’ when we went out for a coffee and snack, hubby would joke…Want worm pie? Oh, how we laughed, but actually this was reinforcing these negative beliefs deeply into my subconscious mind. I felt steeped in self-pity and lack of self-belief and I felt unable to shake myself out of it. 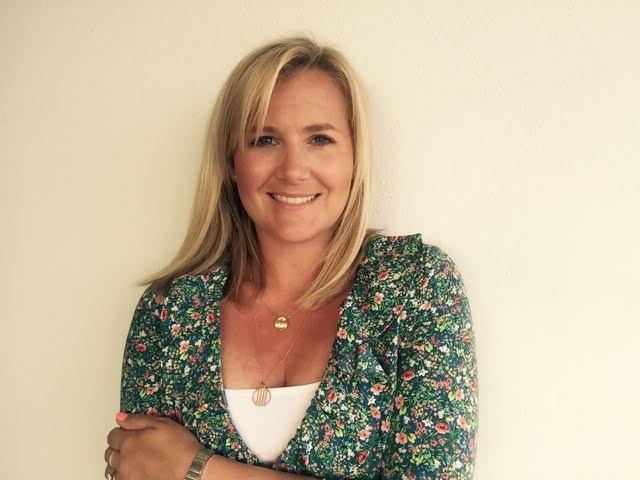 Enter into the frame Cat Raincock, a transformational hypnotherapist and coach. Cat has been there herself and got the T-shirt. As a new mum she felt overwhelmed, she realised she was at breaking point with negative self-talk and she went on a mission to transform her life. Cat made the commitment to herself to rewrite her past, visualise her future and each day she took daily action to achieve her goals. Cat now offers transformational hypnosis along with coaching. Cat explains that hypnosis unpicks the subconscious and gives the client the answers to their current emotional state i.e. anxious, angry, depressed. Her coaching then takes this new-found information and she applies it to their daily life so that they can consciously break the patterns.

I booked Cat for a 90-minute Skype session to have a look at my ‘confidence’ issues. It seemed a little odd, because clearly I am already a confident person, I am regularly on air speaking to 9 million people, I’m a regular on stage speaking in front of thousands, and I have no problem saying what I think!…but when it came to putting my novel out there and pitching to agents, something was holding me back. We did the session by Skype and started by discussing my situation.

I had to be very honest with Cat and admit that I am a funny mix. On one hand I wholeheartedly believe in manifesting your dreams, in magic, and being in alignment with energy flow, but on the other hand I am very realistic, and recognise that it could be that my novel is in fact a crock of s**t and that’s the reason I was turned down by my chosen literary agent! Cat answered this calmly; for starters, she asked me directly, “Do you honestly believe your book is good?” I had to acquiesce I really did. ‘Are you aware of the amount of rejections J.K Rowling had?’ She asked… Ah yes! I’d forgotten about that. I also remembered that the wonderful Julia Cameron, author of ‘The Artists Way’ who I interviewed for Hay House Radio, told me that her first novel was rejected 43 times! There was a publishers bidding war on the 44th attempt. Cat suggested that I was suffering from a classic case of lack of self-belief, it’s very common.

‘We all pick up limiting self-beliefs in our early childhood. Children are naturally narcissistic and when they feel unloved, not worthy, not enough, they turn it on themselves and believe it’s because of them and that they aren’t loveable, when in fact it’s simply the parent who is preoccupied, addicted and doesn’t feel enough. We take these beliefs through to adulthood until they are healed’

Cat began the hypnosis part of the session by ‘counting me down’ into a meditative state. Despite being in my home office, and on the camera via Skype, I did feel relaxed, she has an extremely soothing voice! She ‘took me back’ to various childhood memories of times when I didn’t feel ‘enough’ and asked me to say how I felt. It was quite eye-opening, after a few revelations it became very clear that I had – like most people, taken a bunch of knocks in childhood, been unfairly treated by teachers, been at the mercy of well-meaning parents, failed at certain tests and exams that had been important to me, been let down in relationships, there was in fact a plethora of ‘not enough’s’ rattling around my sub conscious mind.

If you’re thinking “I could never be hypnotised” there’s no need to worry, you are ‘conscious’ throughout, but it’s surprisingly relaxing and definitely enlightening as Cat works to free you from judgement, release you from the clutches of the inner critic, and as her words embedded into my subconscious mind I found myself feeling more self-belief, and feeling….enough.

Cat encourages you to embrace the feeling of alignment within your body, to embed those feelings of self-confidence and self-worth into your subconscious mind. She pointed out that when you feel and know you are ‘enough’ it radiates out from you and others start to believe in you too.

A week after our session, I am still listening daily to the recording Cat made exclusively for me, it’s so helpful to put that on, to reinforce the beliefs into the subconscious, and I am feeling a bit better. I feel closer to my dreams, I feel a sense of excitement about going after them, and if I fail to attract the perfect agent and publisher …because just like JK Rowling it’s likely for the first few attempts ….then I know it’s because they weren’t the right connections for me, and I will carry on. If I’m rejected I will see ‘NO’ as n for next and o for opportunity, and I look forward to the Next Opportunity.

Cat is practical though too, it isn’t all floating around being ‘woo woo’, she states the importance of putting the work in. Cat believes it’s important to ‘take action every day towards your goals, because the act of beginning starts the flow of ideas, it’s just that most of us procrastinate… 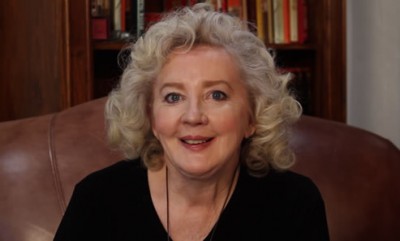 As Cat reminds us, (and this will resonate with lots of you), If your goal is to write a book, remember its one sentence at a time, write for 15 mins if that’s all you have. Julia Cameron says, ‘steal time’…don’t buy into that concept of ‘I must go away on a long holiday to write my book’ she says if you have a ten-minute bus ride, write a few sentences, if you’re in a waiting room, grab your notebook and knock out a paragraph or two.

Whether you want to gain more confidence, start your business, or even want help with healing a condition, Cat is a remarkable practitioner. I’m definitely feeling stronger, no more ‘worms’ on the menu, I’ve got my mojo back and I am doing a bit every day, whether that be researching agents, publishers or re-editing my work. Watch this space – literary fiction chick lit world…I Am Enough…. best seller here  I come!

Janey Lee Grace is the author of the forthcoming novel ‘Love, Lies and Enlightenment’.

Been Booked to Talk About Your Book / Work on TV / Radio?

Join Me To Write Your Book!
Scroll to top